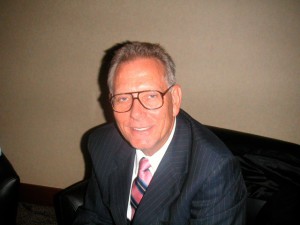 The Law Firm of Rosenquist & Associates is headed by Anders Rosenquist. Mr. Rosenquist has practiced criminal law for over 40 years in State and Federal Courts. For over 30 years he was listed as a Criminal Law Specialist by the State Bar of Arizona. He has been a member of the Federal 9th Circuit Court of Appeals Appellate Panel for over 15 years. Members of the panel are appointed by the 9th Circuit to handle Direct Appeals to the 9th Circuit. He has handled over 3000 felony cases with over 500 being jury trials. He has handled every type of criminal case, from Death Penalty, to complex White Collar crimes. His practice is primarily in the State of Arizona, but he has handled criminal cases in 7 other States: California, Colorado, New Mexico, Texas, Florida, Missouri, and Nebraska. During Mr. Rosenquist's career he has never been the subject of a serious disciplinary action.

Mr. Rosenquist's practice is limited to serious criminal cases in State and Federal court and their appeal. Mr. Rosenquist specializes in Habeas Corpus cases in State and Fedeal court. They are generally referred to as Post-Conviction-Relief Petitions. In Arizona they are Rule 32 or 33 Motions, Rule 32 if a trial & Rule 33 if a plea. In Federal court convictions a Habeas Corpus appeal is a Rule 2255 Motion. In an appeal of a State court conviction to the Federal court, it is a Rule 2254 Motion.

A Habeas Corpus appeal is the final appeal. It is a re-examination and re-investigation of a case to find 'Reversible error', based on 'Newly discovered evidence' of innocence, and evidence that undermines or discredits the prosecution's case. Areas of reversible error are: Ineffective Assistance of Counsel, Prosecutorial misconduct, Police  misconduct, Witness misconduct, Judicial misconduct, and Jury misconduct.

Mr. Rosenquist offers a free confidential telephonic consultation with an attorney or individual concerning a person, or directly with the person, for an independant opinion in the trial or post conviction phase of a case. If the person is in jail or prison he offers a consultation, after receiving a written request from the person that sets out the facts of the case and their opinion of what went wrong in the case. It is understood the consulation will not be construed as Mr. Rosenquist representing the person, until a written Retainer Agreement is executed.

If Mr. Rosenquist is retained to represent a person charged with a crime or a person in prison, he will be the only one that handles the case, and he will have an open line of communication, written and telephonic, with the person and approved family members. If incarcerate, he will communicate with the person through confidential legal calls and mail, and will visit the person. He will keep the person advised of the status of their case, and will provide the person with copies of all filed documents, and court orders.